Paris Terminal : a privileged link between Ile-de-France and the World

In 1802, the First Consul Napoleon Bonaparte visiting Le Havre pronounced for the occasion a phrase remained in History: “Paris, Rouen and Le Havre form only one city whose Seine is the main street. Today, Paris Terminal gives life to this visionary idea, making the most of the advantages of the Seine axis and fluvial transport linked to other modes of transport. 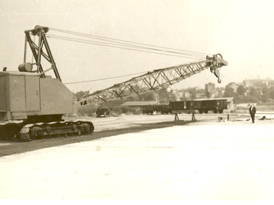 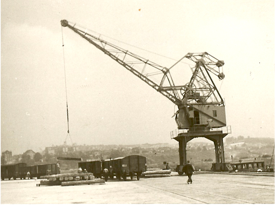 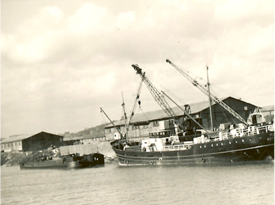 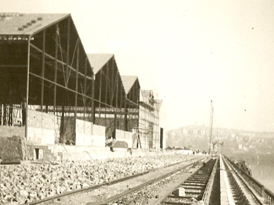 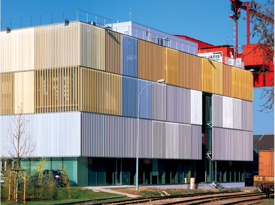 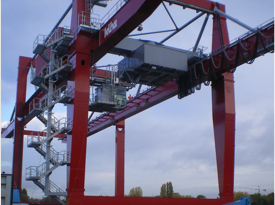 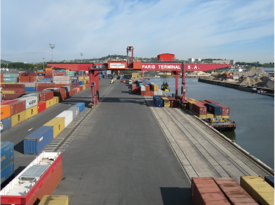 The Paris Chamber of Commerce and Industry and the Port Authority of Paris create the GIE “Paris Terminal” to operate a container and general cargo centre on the pier 1 of the Port of Gennevilliers.
The GIE Paris Terminal then carries out a real estate activity and a reduced container activity.

Constitution of the GIE Logisine comprising the Fluvial Transport Company, Terminals of Normandy and Paris Terminal.
Opening of the first fluvial line of containers on the Seine between Le Havre, Rouen and Gennevilliers.
Paris Terminal’s activity reaches 13,800 TEU container movements.

Creation in October of SA PARIS TERMINAL which succeeds the GIE with a public and private shareholding and the ambition to develop a large multimodal project on the concept of “Advanced Port of Le Havre”. 50,365 movements EVP containers.
Launch of the second container river line on the Seine axis. Connection of the railway mode to the nodal point of Île-de-France.

Launch of the third weekly link on the Seine axis.

Opening of the Bonneuil-sur-Marne shipyard to operate the LogiSeine river stopovers and deliver the South-East of Île-de-France.

Implementation of the Cargo Community System AP + at Gennevilliers.

Creation of the subsidiary Seine Seine SAS (Exploitation of 5 container terminals).
Launch of the first urban distribution traffic in Paris in partnership with XPO and Franprix.

Paris Terminal SA and TDS put in place the “Cloud Containing” concept allowing
the creation of a single repository in Île-de-France.

Opening of the Longueil Sainte-Marie terminal on the Oise, near the Seine Nord canal.

Our ambition: Become an essential alternative to transports’ new requirements, while helping to reduce your costs and control your risks. Paris Terminal’s commitment to the development of fluvial and rail modes in Île-de-France is more than ever based on the quality of its services, its price competitiveness and the opening to all operators due to total independence. Management. Our range of exclusive services, our partnership environment and our flexibility of operation today make Paris Terminal the multimodal reference platform of the capital.

Our organisational model and the alternative we propose have, today and in the future, their place in the face of the saturation of road transport in large cities. Our network of platforms has become a structuring tool for major seaports to massively serve their hinterland.

The Paris region is no exception to this new rule. And the Seine opens an additional transport route, a natural extension of the sea lanes. Reclaiming this river, rediscovering its formidable power to streamline urban distribution is precisely the vocation of Paris Terminal. The massification of the flow of goods now allows a real pooling of supply transport and consequently of its costs.

And that’s just the beginning ! With the advent of Greater Paris and its developments, the Seine-North Canal project, which will connect the Paris region to the major seaports of northern Europe, our network of interconnected platforms is becoming more and more centralized. logistics and urban and peri-urban supply.